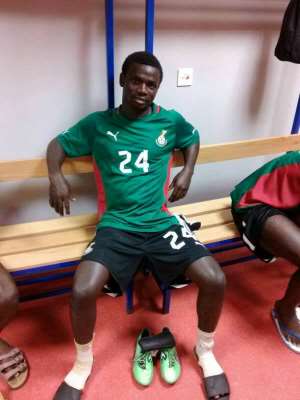 The 22-year-old was handed an indefinite ban after launching a tirade at the coaching staff following his substitution in a league match.

Morrision has been included in the squad to face Wa All Stars away in the penultimate fixture to end the first round.

“He went begging the big men for what he did and has also shown remorse so the coach decided to end his ban,” Team Manager Gee Aidoo told GHANASoccernet.com

The head coach froze Morrison after his unsporting behaviour earned him a yellow card which ruled him out of their last league match (the 2-0 win home win over Inter Allies).

“He was spoken to by the coach not to pick up another card and he decided to retaliate when an opposing player brought him down. He was going to play a key role in the Allies match,” Aiddo added.

“When the coach decided to substitute him, he got angry and made all sort of comments but that is all over now.”

Morrison has scored four goals this term for AshantiGold who currently lead the table.