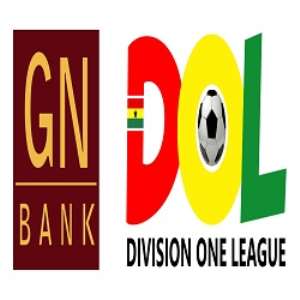 Nania FC having played four home matches without a victory, face a daunting task when they meet second-placed king Solomon in the Week 10 of the GN Bank National Division one League.

All other matches in the 3 zones will continue at the various league centres.

In Zone One, at the Sunyani Coronation Park on Saturday, regional derby takes centre stage, with the pairing of two former premier league campaigners, Tano Bofoakwa and Berekum Arsenal.

A win at home for Bofoakwa will aid them to terminate Arsenal's five matches unbeaten run abruptly.

Fourth from bottom on the league log, Tamale All Stars will intend to escape from the drop zone against Unity FC at the Tamale Annex.

At the Bolga Park, Berlin FC's effort to pile pressure on league leaders will face a strong challenge in a trip to Bolga All Stars, while Real Tamale United will be in action with Techiman City at the Tamale Sports Stadium.

Wa African United, after slumping to their first defeat of the season will come as a wounded lion hosting last club, Galaxy FC at Damango.

Amanjande FC will entertain Guan United at the Bole Park.

Mpuasomah FC will host Esperance at Japekrom and Bolga Man City will visit Utrecht at the Tamale Annex.

In Zone Two, at the Essipong Stadium on Saturday, karela will aim at protecting the three points when they clash with Deportivo, whereas at the Baba Yara Stadium, the battle for bragging authority in Kumasi will feature fourth from bottom Cornerstone, and strugglers, KFC Samosa.

Eleven Wise could pull a shock when they travel to face Elmina Sharks at Dr. Ndoum Stadium while Tarkwa United encounter Dunkwa United at the Tarkwa Park. Gold star's position on top of the league log could be short-lived when they come up against Samartex at Samreboi.

Proud United will host King Faisal at Kasoa.
Elsewhere in Zone Three, at Tema Stadium on Friday, temperatures will soar when Pure Joy go head to head with Mighty Jets as both clubs are pegged at 16 points.

On Saturday at the Tema Stadium, Danbort FC travel to Real Athletico with a point separating the two sides while Hot Steel could record first away success against Prestige FC at Nicholson Park.

At Kweiman, league leaders, Dreams FC may keep all points when they meet Istanbul, who are 9 points behind the leaders, whereas the Tema derby takes place between Tema Youth and D'international at Tema Stadium.

At the Legon Park, King Solomon may maintain the chase for top spot by playing as guest to second from bottom, Nania FC who are yet to win a match at home.

Relegation threatened Kotoku Royals will battle Sporting Mirren and Okwahu United will hope to move ahead of their opponent, Amidaus Professionals at Oda and Nkwakaw respectively.