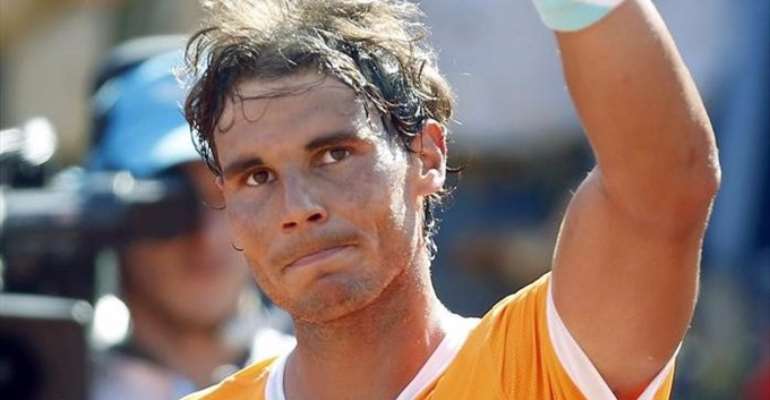 Rafa Nadal's bid to get back to top form before the French Open suffered a setback when he crashed to a 6-4 7-6 (6) defeat to 13th-seeded Italian Fabio Fognini in the third round of the Barcelona Open on Thursday.

Nadal, the world number four and second seed, produced an erratic performance on the clay in the Catalan capital and the big-hitting Fognini punished the Spaniard's errors to scupper Nadal's bid for a ninth Barcelona title.

Fognini, who beat Nadal on clay in the semi-finals in Rio de Janeiro in February, his only win in five previous meetings, said he had needed to draw on his mental strength to see out the match.

Backed by a fiercely partisan crowd, Nadal saved three match points in the tiebreak before sending a forehand long to hand Fognini victory on the fourth. "Unless you play at your highest level against Rafa for the whole match you are not going to get the better of him," Fognini told Spanish television.

"Beating a player who is the greatest in history on this surface is worth double," he added.

"I knew I had my chances today and I just tried to keep to my game plan and give it my all."

Nadal, whose 2014 season was wrecked by illness and injury, is looking to rediscover his dominance on the red dust before he makes a bid for a record-extending 10th French Open crown starting at the end of next month.

The Majorca native lost to world number one Novak Djokovic in the semi-finals of last week's Monte Carlo Masters and many are tipping the Serb to end his great rival's stranglehold at Roland Garros.

On the other side of the draw, champion and top seed Kei Nishikori of Japan eased past Colombian Santiago Giraldo 6-2 6-1 and will play Spaniard Roberto Bautista for a place in Saturday's semi-finals.