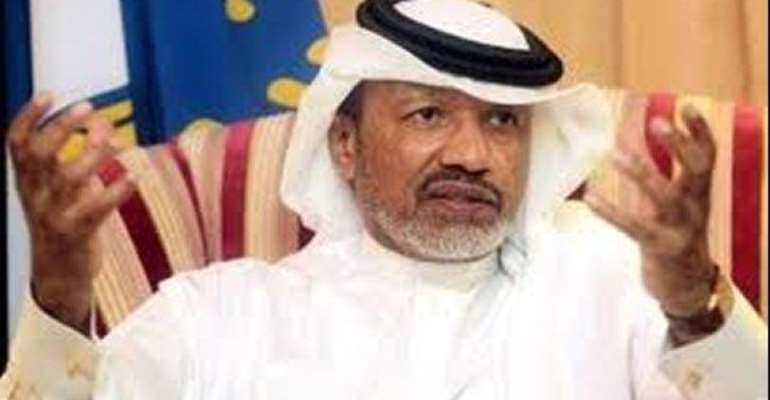 Fifa’s head of security during the controversial race to host the 2018 and 2022 World Cups has called for an investigation into claims Mohamed bin Hammam made a vote-trading pact with Spain’s Ángel María Villar Llona to aid Qatar’s bid.

Chris Eaton said Fifa ought to look into allegations contained in a new book, The Ugly Game, which expands on a series of reports in the Sunday Times last summer about Qatar’s successful quest to host the tournament.

“If there is new evidence, whatever it shows and whoever it implicates, then Fifa needs to investigate it,” said Eaton, who left Fifa in May 2012 to head up the Qatari-funded International Centre for Sport Security. “That’s the proper thing to do. Fifa needs to remove the stain on its reputation that the lack of transparency has created.”

The book provides further evidence for claims there was collusion between the Qatar 2022 bid and Spain/Portugal’s bid for 2018, which garnered seven votes for each, detailing exchanges between Bin Hammam, a Qatari who was then a Fifa vice-president, and Villar Llona, who remains on the world governing body’s executive committee.

Eaton was asked to look into the affair for Fifa but ultimately could not prove it, with the then ethics committee chief Claudio Sulser closing the case. However Fifa’s president, Sepp Blatter , later confirmed that “a bundle” of votes were traded between Qatar and Spain/Portugal. “But it was a nonsense. It was there but it didn’t work, not for one and not for the other side,” claimed the Swiss, despite Qatar’s victory. Hans-Joachim Eckert, the German judge who wrote the disputed summary of Michael Garcia’s investigation into the 2018/22 World Cup bidding process for the Fifa ethics committee, did not even mention the pact.

Garcia later resigned his position in protest as what he saw as a misrepresentation of his findings.

The Garcia report remains unpublished although Blatter, having originally insisted its contents must stay secret, was in December forced to agree to the report being released in an “appropriate form” once investigations against individuals have run their course.

Those individuals include Villar Llona, cited for non co-operation, and handily for Blatter the redacted version of the report is unlikely to be published this side of the presidential election at the end of May at which he will stand for a fifth term.

Eaton joined the ICSS in May 2012 and there is a chapter in the book related to his attempts to get the Qataris to bankroll the ICSS and employ him as its head. On Wednesday Eaton was unapologetic and said he had nothing to hide. “I know my integrity is in the right place,” he said.

Elsewhere in the book, which claims to lift the lid on how the tiny Gulf state secured the world’s biggest sporting event, the mystery backer of a friendly between Argentina and Brazil in November 2010, a month before the vote, is reported to be a director of the country’s sovereign wealth fund.

The glamorous fixture between the two South American sides in Doha was seen as part of a final push to secure the votes of the Brazilian Ricardo Teixeira and the Argentinian Julio Grondona , longstanding Fifa executive members with dubious reputations who were among the 14 who would eventually deliver victory to Qatar.

The Ugly Game alleges the friendly was bankrolled by Ghanim bin Saad al-Saad, the managing director of the global property arm, Qatari Diar, and a director of the country’s sovereign wealth fund. The authors, Heidi Blake and Jonathan Calvert, who say they spent months trawling through millions of leaked documents, said that Saad paid large sums to the Brazilian and Argentinian associations and a further $10m to Global Eleven, the company that had the rights to organise Brazil’s “world tour” of exhibition matches.

The episode was covered in Eckert’s controversial summary of Garcia’s investigation into the World Cup bidding process.In it he says that a “wealthy Qatari” bankrolled the event to advance an interest in sport-related investment but that the “relevant arrangements were not connected to the Qatar 2022 bid”. But Blake and Calvert contend that it is disingenuous to try to separate the resources of the bid from the vast wealth of the Qatari state.

Similarly, Eckert’s version of Garcia’s report concluded that Bin Hammam’s payments to football officials were made to influence their votes in the June 2011 presidential election rather than to help Qatar win their World Cup bid in December 2010 and that the same applied to his payment of $1.2m to Jack Warner, then a Fifa vice-president, in July 2011. The book, published on Thursday, argues Bin Hammam had a central role in Qatar 2022’s victory while keeping his distance from the official bid vehicle.

It claims he used a $5m slush fund to build up favour over a period of time with football officials in Africa and elsewhere, as well as funding expensive junkets to Doha and making payments to Warner. Qatar 2022 and insisted that Bin Hammam had no “official or unofficial” role within the bid and insiders argue that his activities were designed to build a support base for his ultimately unsuccessful bid to unseat Blatter as president. Bin Hammam has always refused to comment on the allegations.

Almost as soon as Qatar was awarded the World Cup, beating the USA 14-8 in the final round of voting, it triggered a slew of questions over the way the bid was won, the conditions in which migrant workers building the infrastructure to stage it were toiling and the temperatures in which it would be played.

The Ugly Game alleges a tripartite Qatari strategy. First, there was the official bid headed by the chief executive, Hassan al-Thawadi. It spent hundreds of millions on ambassadors, PR, friendlies and travelling to woo executive committee members. Second, and more controversially, there were the various trade deals conducted by senior members of the Qatar hierachy – for example a gas deal with Thailand and an oil alliance with Russia.

All involved insist the trade agreements had nothing to do with the vote. Finally, there was the role of Bin Hammam himself.

Qatar 2022 has always said Bin Hammam played no “official or unofficial” role in the bid and denied any wrongdoing, arguing that it had to convince him of its merits like every other executive committee member. Thawadi said in November that Eckert’s summary of Garcia’s report had exonerated the bid.

It has said it “vehemently denies all allegations of wrongdoing” and “always upheld the highest standard of ethics and integrity”.

Blatter himself has said that there is no chance of the Russian World Cup in 2018 or the Qatari tournament in 2022 being taken away from their respective hosts. The 2022 tournament will now start in November of that year following a decision by the Fifa executive committee last month.