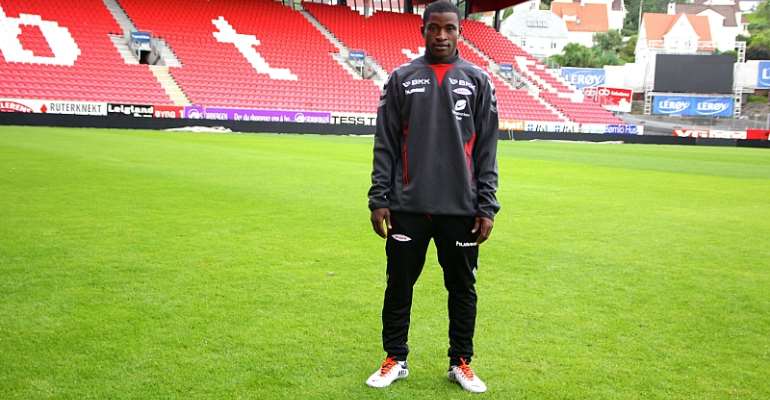 Ashia is seen as a rising star in Ghanaian football and already has five goals to his name this season.

The Liberty professional's man is a member of the Satellites squad which finished third at the FIFA U-20 world cup in Turkey two years ago.

At age 21 now Ashia has already had a stint Norwegian side SK Brann but says he will pick a team outside Ghana as his first choice if a move materializes soon.

“Every player dreams of playing abroad one day and I am no different,” Ashia said

'”I really I am not thinking of where I would be next season but would be considering move outside first before any club in Ghana is the chance avail itself.”