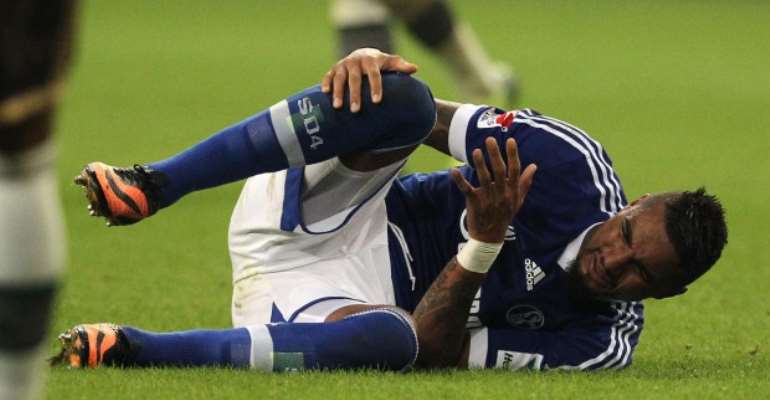 Ghana midfielder Kevin-Prince Boateng is a doubt for Schalke's clash at Mainz 05 on Friday with a  muscular problems.

The 27-year-old has struggled with injuries in his last season at the club and doesn't seem to get any better.

The suspended Ghanaian international has suffered his latest setback with a muscular problem which is most likely to rule him out of the crucial tie at the Coface Arena.

The German outfit are reluctant to renew the contract of the player who has failed to impress in the last term of his deal.

He has been linked with a move back to Italy with AS Roma and AC Milan mooted as possible destination.

American Major League Soccer sides are also believed to be monitoring his situation.