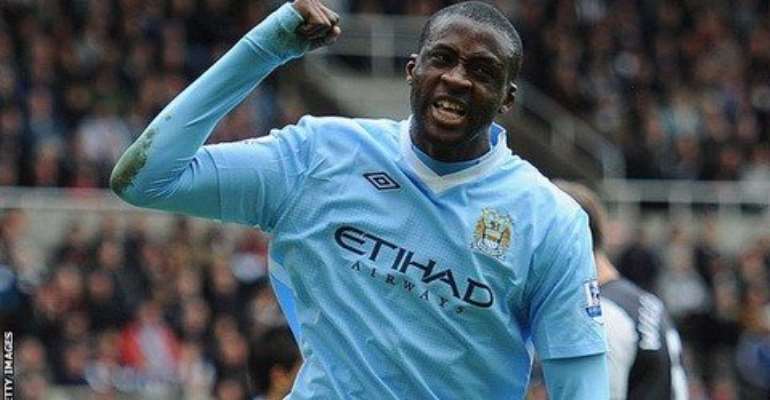 Toure's future has been the subject of much conjecture after a season where he and the team have performed below expectations and his agent accused boss Manuel Pellegrini of being “weak”.

With Internazionale interested and Paris Saint-Germain long-term admirers, Toure's five-year spell at City could end this summer. But the 31-year-old said:

“There have been a lot of things said and a lot of rumours about me, but everyone who knows me – the people who work for the club and the supporters – know that I will continue to fight to the end for this football club.

“It hurts a lot sometimes when your work-rate is questioned, but I will work hard for the team and for the respect of the fans who have always been behind me and I will continue to show my commitment to the team – and I love playing for City.”

And Fernando, who lined up alongside Toure in Sunday's 2-0 win over West Ham that took the defending champions to within a point of third-placed Manchester United, has hailed his fellow midfielder's quality. “Yaya, for me, is one of the best players in his position in the world,” he said.

“We see it every day and even though he is a little older now, he still has a lot to offer to this team. I am sure he will continue to do that for us. It makes me happy to play with him.”

Fernando has struggled himself since his summer move from Porto. But he is not concerned – and backed former Porto team-mate Eliaquim Mangala to win over the doubters too after he looked solid against the Hammers.

“It's always hard when you change teams to adapt to a new style of football,” added Fernando. “But we are now seeing the real Mangala – and you will see his performances get better and better, and he will help the team more and more. My focus is to play football, so anything off the pitch doesn't enter my head.

“The objective is to get into the best position we can, whether that is first, second or third.”

Meanwhile, David Silva has not suffered a fractured cheekbone after being caught with an elbow by West Ham's Cheikhou Kouyate, but will be doubtful for Saturday's game against Aston Villa.