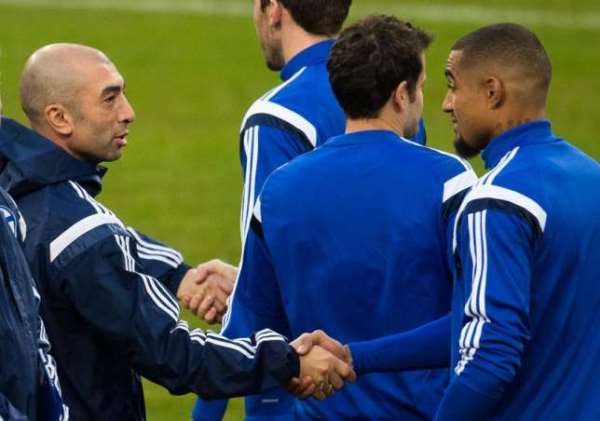 Schalke 04 head coach Roberto Di Matteo has insisted that he has no intention of allowing Kevin-Prince Boateng to leave the club in the summer.

Boateng has not been a regular in the side since Di Matteo's arrival earlier in the season, but, despite suggestions that AC Milan and Juventus would be keen to bring him back to Serie A, the Ghanaian is unlikely to be made available.

"He is an important player for us on the pitch and in the dressing room - in the future I plan [for] him," the Schalke boss told reporters.

Boateng, who joined the club from Milan in 2013, still has two years remaining on his current deal at the Veltins Arena.