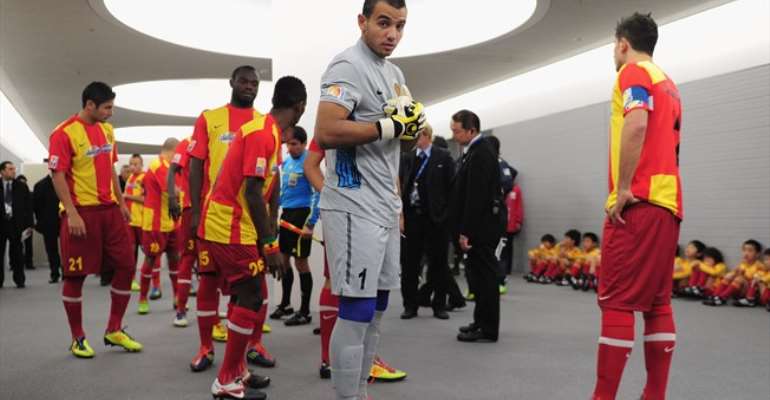 By Rahman Osman
Follow on twitter @iamrahmanosman
Ghana and Esperance utility player Harrison Afful says they are well oiled not to allow complacency get the better of them in their CAF Champions League tie against Al-Merrikh later today.

Both sides come into today's game sitting on 3rd place in their respective league.

Afful who is expected to dictate the tempo of the game from the middle of the pitch is likely to come up against fellow Ghanaian compatriots Augustine Okrah and Francis Koffie who ply their trade in the Sudanese league with Al Merrikh.

On paper Esperance are expected to seal this with the gulf of class favoring the Tunisian giants but Afful says they will have to eschew complacency to win the game.

“We have arrived in Sudan for the game and I admit we are favorites but that is it,” Afful told GHANAsoccernet.com

“We will have to take this game with all seriousness because they are  very strong opponents who are capable of winning too.

“But the team is psyched up and ready for the game.”

Espernace have won CAF's flagship competition on two occasions whiles Merrikh are yet to taste glory on the continent.