Time up: Ronaldinho set to retire from football 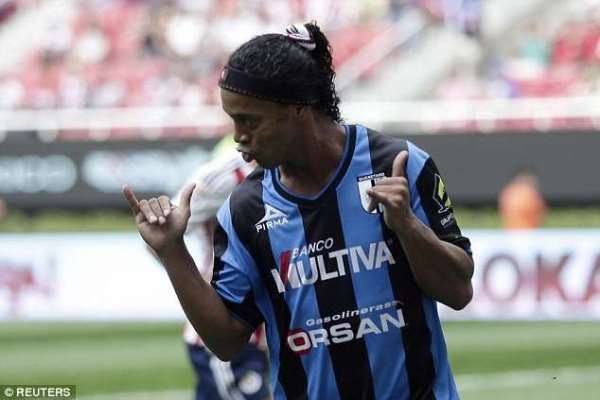 Brazil football legend Ronaldinho is set to retire from football after a very successful career in the trade.

Ronaldinho is known as one of the most talented football players the game has ever seen with his skillful move with the ball. The Brazil international, according to reports from media outlet in Brazil is set to hang up his boots come May.

Ronaldinho currently plays for Mexican club Queretaro where he has scored three goals in 19 appearances.

The 35-year-old has had an exceptional career in football have played for Spanish giants Barcelona, current French Ligue 1 Champions Paris Saint Germain and Italian Serie A top club AC Milan.

Chiefs and Queen mothers of Nadowli-Kaleo congratulate Alban...
30 minutes ago

I intend to live my my oath – Bagbin
30 minutes ago