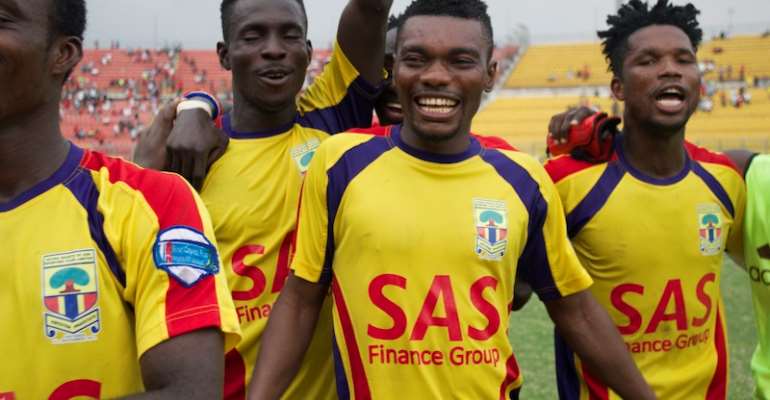 The Phobians took a giant step towards reaching the final stage with the vital away win.

After a goalless first half, Hearts turned on the style by snatching the opener on 54 minute through leading scorer Gilbert Fiamenyo.

The burly striker walked the ball into a yawning after the Djoliba goalkeeper clashed with his defender.

Youngster Paul Acquah doubled the lead in the 63rd minute when he flicked the ball over an on-rushing defender before firing past the goalkeeper.

But Hearts were reduced to ten men when captain Robin Gnagne picked up his second yellow card for a high foot challenge.

Two minutes later, Djoliba reduced the deficit from the spot when goalkeeper Abdoualye Soulama felled a player inside the box.

The return leg will be played at the Accra Sports Stadium on 03 May.