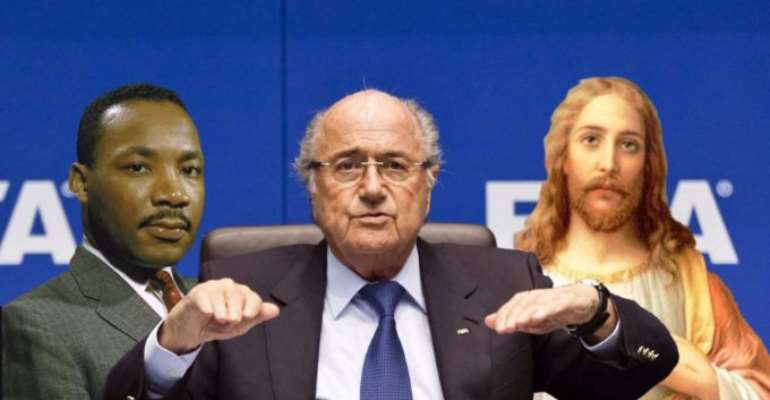 Current Fifa president Sepp Blatter might not be everyone's cup of tea but judging by the comments coming out of the Concacaf congress on Thursday he enjoys god-like status with its members.

The 79-year-old was hailed as the 'father of football' and compared to Jesus and Nelson Mandela by delegates from North American, Central American and the Caribbean.

Blatter, who has been in charge since 1998, is bidding for a fifth term in office and received backing from ten federations at the meeting in the Bahamas.

However, the president of the Dominican Republic federation, Osiris Guzman went what could be viewed as a step too far in his assessment of Blatter.