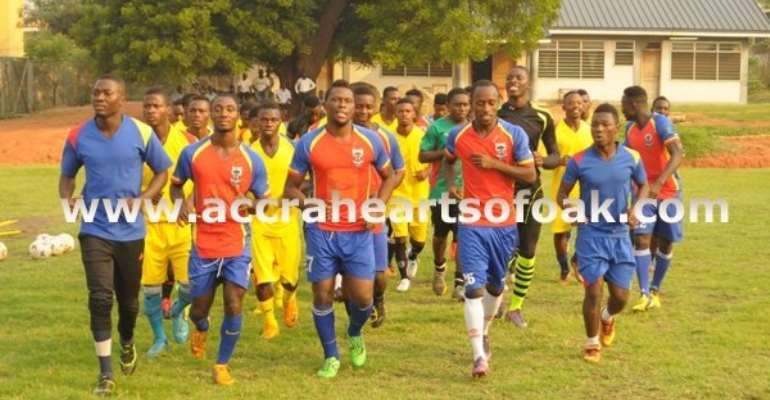 Defender Kweku Andoh has said that the Hearts of Oak team remain unfazed by the hot weather conditions in Bamako.

The Phobians have been in the Malian capital since Wednesday afternoon ahead of their game against Djoliba in the Caf Confederation Cup second-round first leg confirmed for the Modibo Keita Stadium at 7pm CAT on Friday.

Reports indicate the weather there has been hot and windy but the former Berekum Chelsea Champions League campaigner says they "don't care."

"The weather in Mali is very hot, very hot but we thank God that we arrived in Mali safely," he said.

The versatile defender says their work is cut out for them and they would like to repeat their last feat in the previous round where they eliminated Senegal's Olympique de Ngor.

"We are here to win or to get a point, we know what we are here for,” he continued.

“We are here to play as a team so that we can go home with joy like we did in our last game against the Senegalese. We are going to fight for the nation [Ghana] and our team."

“We've managed to get a tape of their last game against Petrojet at home so I've got a very good idea of the side. They are tall just like the Senegalese [Ngor] but they are more organised in midfield.

“All week, in our training sessions we have been finding antidotes to counter all their strengths. We are going to look for a win and not play a defensive game. We are going to attack and go for a win. When the need arises to defend deep, fine,” the veteran gaffer said.