Hearts of Oak must fork out US$ 24,000 to extend Gilbert Fiamenyo's contract- reports 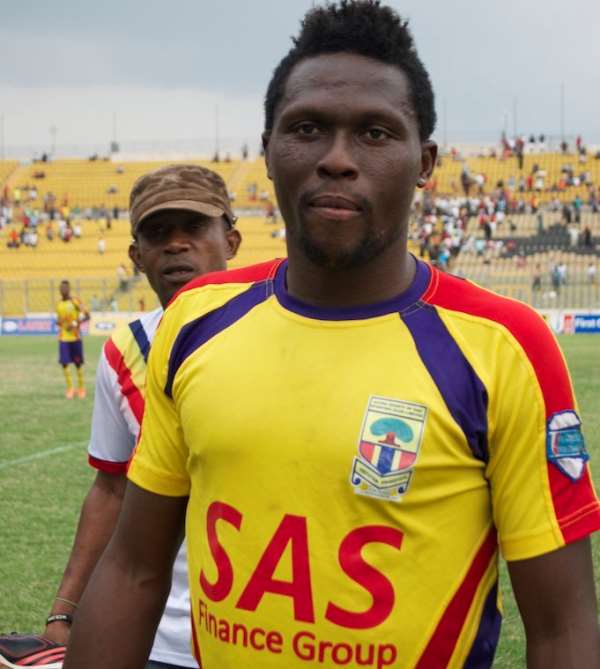 Fiamenyo's current deal runs out at the end of the season and will be available on a free transfer.

Club sources are reported to have told ghanafootballnews.com that playing in Africa has drained their coffers and might struggle to hold on to the burly forward.

Fiamenyo is the club's leading scorer with eight goals.

Hearts travel to Bamako to play Djoliba in the CAF Confederation Cup second qualifying round.