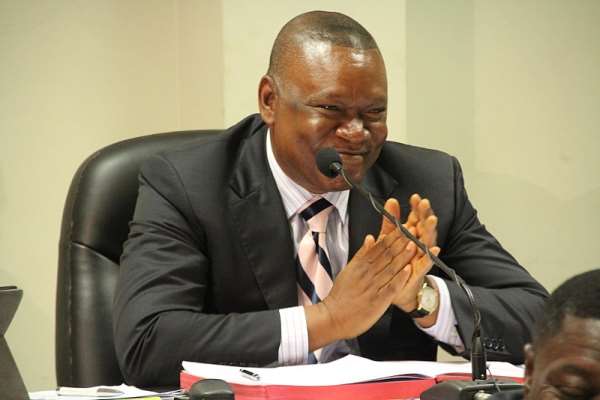 Spokesperson for the Ghana Football Association, Ibrahim Saane Daara, has called on the government to find the truth or otherwise of news reports stating that the report of the Justice Senyo Dzamefe Commission of Inquiry had been leaked.

Media reports said the document, which was presented to President Mahama on 30th March, 2015 at the Flagstaff House, had made its way into the public domain.

But in a quick reaction to the reports Spokesperson for the Ghana Football Association Ibrahim Saanie Daara has asked government to, as a matter of urgency, find out what had happened to the report.

“I think these things must seriously be investigated by government,it should be very worrying for government that all its documents that have not been made public are being leaked left, right and center. Who leaked the report and for what purpose? Government must be interested in knowing this because it is worrying.”

He continued: “If there is a leak, we want to know how a report meant for the President of the Republic would be leaked. I think it merits an investigation. If this has been put in the high office of the President and given to the attorney General of the country and it can be leaked in such a manner then something must be done about it,” he told Citi Sports in an interview on Tuesday.

Saanie Daara further gave an indication that the GFA would sternly resist any attempt from government to have them refund the 577,500 USD distributed by co-efficient mentioned in the leaked report.

“These are speculations. They are not the cast iron reports we have received and I dont want to believe that this is the commission's report but if they are true, the FA will respond appropriately. As things stand now we will not be able to say much because reports suggest that they are leaks. If this is really the report, we will have to take a legal view to it because we cannot take this sitting down we will not,” he added.

The FA's spokesperson added that the situation where confidential documents were continuously leaked had occurred too many times to assume it was a coincidence.

“This thing has gone on within government quarters for far too long and it is directly targeted at the Ghana Football Association. There are lots of government businesses being held day in day out but you hardly hear of their issues leaking.

“Why is it that when it comes to issues concerning the Ghana Football Association there is always a leak, is it intentional? These are the questions that we need to ask,” he told Citi Sports.