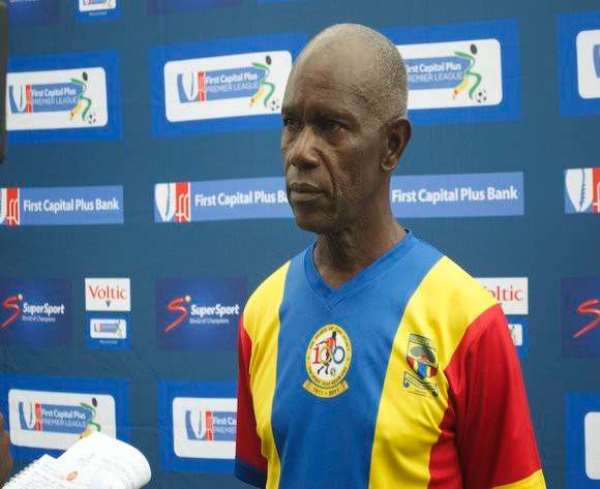 Accra Hearts of Oak head coach, Herbert Addo has taken a dig at Ghanaian journalists, asking them to stop inciting the fans of the club against him.

"...I don't have any message for the fans, but I have a message for you people [journalists]. You're the ones who are inciting the fans," the former Inter Allies boss told the press.

"If we're at the bottom of the league, so what? How many points do we have from the top?" He quizzed.

Hearts of Oak is currently occupying the 14th place on the First Capital Plus Bank premier league log with four matches to end the first round of the season.

And fans are worried of the club's position on the league, but Herbert Addo has accused  journalists of inflaming passion amongst the fans.

"You must have patience; some people don't understand (how things are going in the club). Some people will meet and begin to ask unnecessary questions: where is (Ashitey) Olenu, where is this man and that man?"

"You must understand things very well; they don't just blow the horn and you support them; some started early and we're slow starters. You will see the final race. We're coming!" He warned.

Hearts of Oak will play Wa All Stars on Sunday at the Accra Sports Stadium.