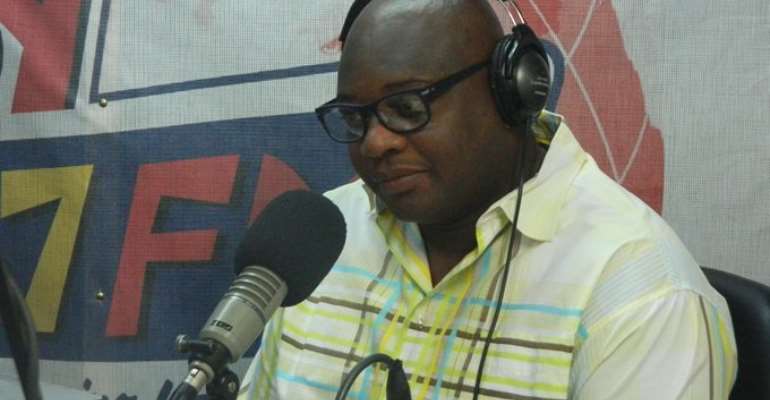 Ghana's bid team were left licking their wounds after losing out on hosting Afcon 2017 following an announcement in Gabon's favour on Wednesday.

However, Randy Abbey, a member of the Ghana team that traveled to Cairo to witness the landmark announcement alleges underhand dealings.

He made the serious allegations while speaking to Joy Sports editor Nathaniel Attoh on Sports Today.

"We will like to congratulate Gabon for being declared the winner. But there was something and in the coming hours or days you will hear, I'm sure, from especially the Algerians."

Abbey methodically detailed how the final moments of the voting went on, intoning how bizarre the entire Executive Committe felt the procedure had gone.

"Even the Executive Committee members who cast their vote did not know the result of the vote. Only two of them, with Issa Hayatou were called to look at the vote," Abbey alleged hours after the vote on the primetime afternoon show aired on Multi TV.

He went on: "After that they were all ushered into the conference room where the media and the other three countries were."

Issa Hayatou, according to Abbey, then proclaimed Gabon as the winner, but how it happened was fishy.

Procedure
According to Joy Sports sources, the draw had been slated to be shown live around Africa via pay TV broadcaster, Supersport, but had been cancelled at the last minute, with no reasons given.

Randy explains that till date, no one knows how the voting patterns panned out. The procedure is that after the vote, all delegates must know what majority the winner scored. As an example, when Ghana won the 2008 bid the country got a clear 9-3 berth.

"What the votes were we don't know. There were 14 members of Execitive Committee who voted," Abbey explains.

"What the rules say is that there must be an outright winner, with a minimum of eight votes."

"In this case we didnt know how Gabon won - whether they got five, [or] eight, [or] 10, [or] 13 [or] 14, nobody knows. Even the Executive Committee members weren't told the results of their votes!"

"Everybody was brought to the conference room and the Caf president just took a paper that said Gabon had won."

Abbey, a former Communications Director of the Ghana FA said he was sad at the development.

"And I found that quite embarassing, [that this happened] in 2015. Maybe that is the value and culture here. Like they say in strateggic management, that is how business is run here."

As at the time of writing this report, CAF have still not made details of the voting immediately available.

Strong contenders
Algeria, the other country also in for the bid, are said to be readying an appeal, although it would have to come with the backing of its FA.

Sources say Gabon won not only because of their bid's promise to build on the legacy of 2012, when they last hosted, but due to the well-known relationship between President Ali Bongo Ondimba and Issa Hayatou.

Caf is yet to respond to these allegations by Mr. Abbey, but a rep of the football-governing body tells Joy Sports there is no comment on the claims at this time.