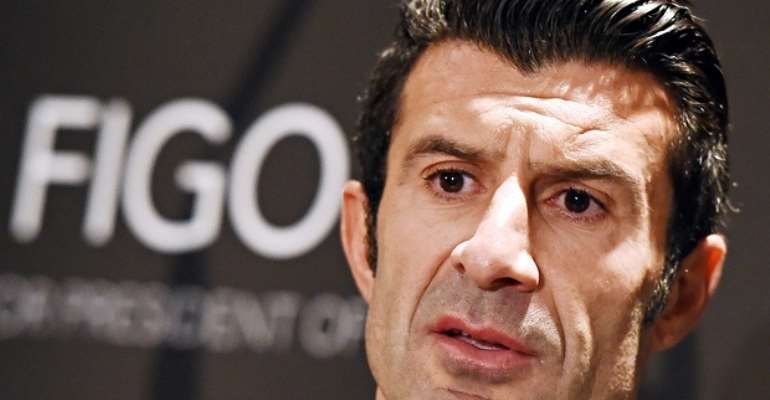 Fifa presidential candidate Luis Figo has disputed the Confederation of African Football's claim that all 54 votes from the continent will go to incumbent Sepp Blatter in the presidential elections next month.

The former Portugal international, in Cairo for the Caf Congress, said he did not believe the whole of Africa was behind Blatter, who seeks re-election on 29 May, with Figo, Prince Ali bin Al Hussein of Jordan and the Dutch football association president Michael van Praag also standing.

“I feel there's a lot of respect for Caf among all the African federations but I'm positive that [Caf president] Mr [Issa] Hayatou did not speak in the name of the 54 members of the confederation,” said the former Barcelona and Real Madrid midfielder.

“Even when he [Hayatou] announced he would support Blatter, we could notice a difference from past congresses when a statement like that normally is followed by a standing ovation. This time we heard just a normal applause, which confirms my idea that a lot of African countries understand and agree with the need to change for the better of everyone, especially the national associations.

“In fact there were federation presidents who ensured me they would vote for me but they were reluctant to saying this out loud because they feared reactions against them, their federations and even their countries.”

Figo added: “It also to end this kind of atmosphere that I decided to be a candidate. Football should be about a beautiful game and people should be able to express themselves freely and openly.“

The Caf congress in Cairo ended on Tuesday with Hayatou declaring Africa's complete support for Blatter's re-election, but on all previous occasions when the Caf chief has promised a block of African votes, many have broken ranks.

When Blatter came to power in 1998, Hayatou pledged Africa's votes to rival Lennart Johansson of Sweden but most defied him to vote Blatter into power.