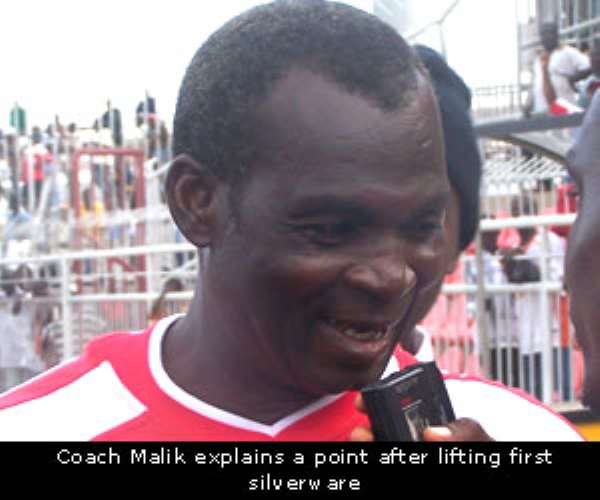 Ghana's Under-23 male football team, the Black Meteors' coach, Malik Jabir has expressed confidence that his side will qualify for the 2015 All Africa Games (AAG) in Congo Brazzaville ahead of the Mozambicans.

The Meteors will host the Southern African side in a decisive final round qualifying match for the quadrennial multiple sports showpiece on Sunday at the Tamale stadium.

The Meteors, who won the 2011 edition of the AAG, are hoping to overturn the 0-1 loss they suffered in Maputo in the first leg three weeks ago.

Jabir said the addition of new faces will put the team in good stead to overpower their Mozambican opposition.

“We quite understand that the encounter is a winner takes all clash as well as automatic ticket to the All Africa Games in Congo Brazzaville so we're not leaving any stone unturned to ensure we secure a place for the games.

“If the Mozambicans could beat us at their home we can as well beat them here and qualify.

“The Mozambicans were defensive throughout the duration of the clash in Maputo over here in Ghana the pattern will change as they're most likely open up aimed at clinching a victory.

“I think that will give us the opportunity to pull the killer punch to secure the crucial win as well as ticket for the All Africa Games.

“It's going to be a difficult match but I know for certain that we'll triumph at the end of the day,” said the former Black Stars Player.

A two nil score line in Tamale will be adequate to hand the Meteors the ticket to the football event of the All Africa Games in Congo Brazzaville later in the year.