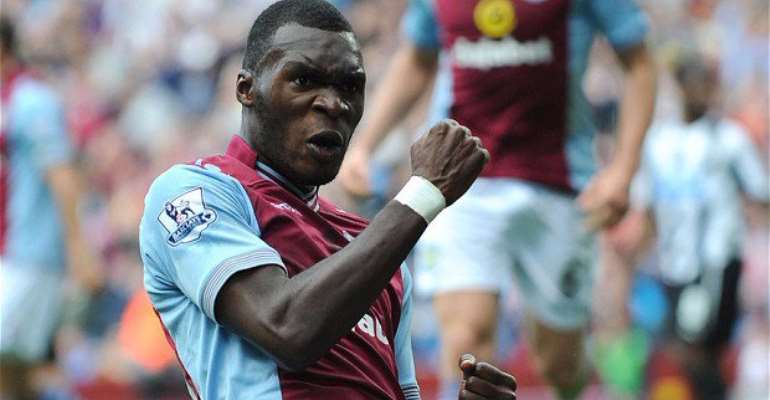 Villa levelled through Benteke's deflected drive, then the Belgian's calm finish put them ahead.

Villa would have dropped into the relegation zone, with QPR climbing out at their expense, had they been beaten by the visitors at Villa Park.

But Benteke's sublime set-piece, which he curled over the away defence into the bottom left corner of the QPR goal, ensured Villa moved up to 16th.

Tim Sherwood's men are three points clear of the third-bottom visitors, who climbed above Burnley with the draw.

However, both sides will be bitterly disappointed not to have taken maximum points. Villa looked sharper and more inventive for larger periods, but their long-standing defensive frailties allowed Rangers to go within sight of a second successive away win.

Sherwood warned his players ahead of kick-off that they would have to dig deep in a fixture which he described as "the club's biggest match for years" - and these fighting qualities came to the fore as they snatched a draw.

Rival managers Sherwood and Chris Ramsey are close friends, having worked together at Tottenham and living close to each other, and the two shared warm embraces on the touchline before kick-off and following the final whistle.