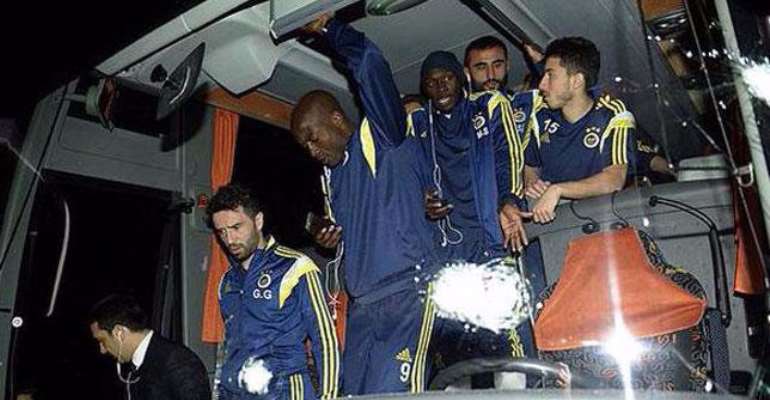 The Turkish Super League has been suspended for a week in the wake of the attack on Fenerbahce's team bus, said the football federation following a meeting with the Sports Minister on Monday.

The bus was shot at after Saturday's away match against Rizespor.

"We believe the incident was a terrorist attack, targeting not only Fenerbahce but Turkish sports. We decided to postpone all league and cup games for a week," federation chairman Yildirim Demiroren told a news conference.

The suspension came after Fenerbahce had called for a ban on all footballing activities on Sunday.

In a statement the club described the attack as an "assassinaton attempt", linking it to hostility following match-fixing allegations that have swirled around them for months.

"It is a point where football comes to an end since blood has been spilled. It is Fenerbahce's opinion that the league must be postponed until this incident is cleared up and the feelings of Fenerbahce supporters are satisfied."

The bus driver was taken to hospital after being wounded in the incident which took place as the team were heading to Trabzon before flying back to Istanbul.

No players were wounded.
Second-placed Fenerbahce are two points behind arch-rivals Galatasaray with eight games left this season.

Fenerbahce's next game, at home to fourth-placed Bursapor next Monday, will now take place at a later date.