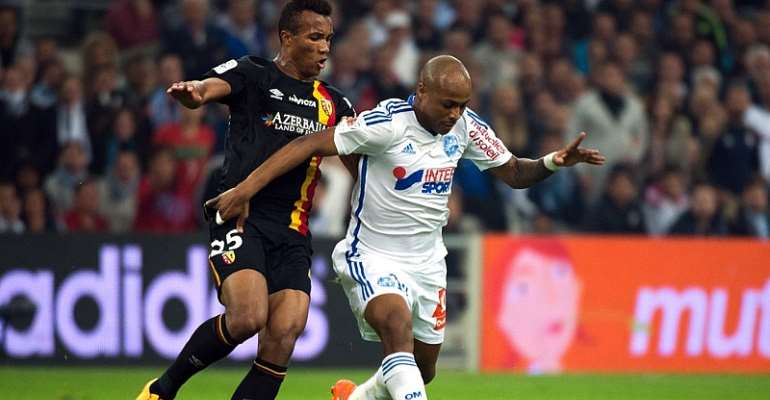 Andre Ayew will be in action for Olympique Marseille on Sunday

Over 100 agents and scouts across the globe have travelled to France to watch Ghana star winger Andre Ayew in action for Olympique Marseille against Paris Saint-Germain in the French Ligue 1 on Sunday night.

Apart from over the twelve clubs who have openly expressed interest in him signing the 25-year-old, other clubs have sent their Sporting Directors to evaluate him while in action at the Stade Velodrome tonight.

Agent numbering over 60 across the globe started arriving in Marseille on Saturday evening in a bid to assess his performance as a big game character.

Andre's contract with Marseille runs out at the end of the current season and a flock of clubs including Tottenham Hotspur, Everton, Newcastle United, Liverpool, Borussia Dortmund, Bayer Leverkusen, Wolfsburg and a host of other have all expressed interest in the winger.

Leverkusen for instance have asked their Sporting Director Rudi Voller to be in Marseille for the game tonight while Everton and Spurs are also expected to be at the match venue.

The Ghana international's father Abedi Ayew 'Pele' met Marseille officials over his son's future at the club but nothing concrete came out.

Milan giants AC Milan and Inter Milan will be among the clubs keen to watch him on Sunday night.

Etienne Mendy and signed Paris-based US firm Comsport but also ended his relations with them with his father acting as his new agent.