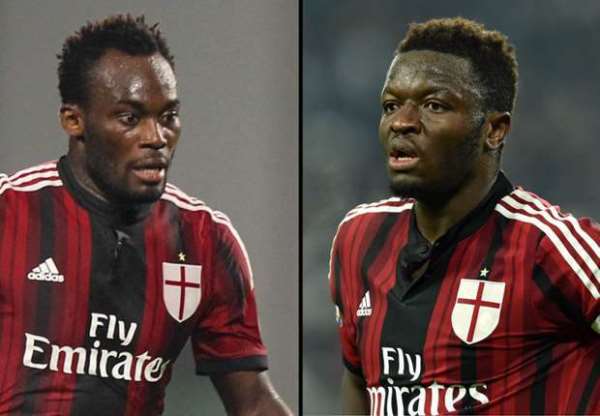 Italian Serie A club AC Milan recorded an away win against Palermo in the league on Saturday without the services of Ghanaian duo Sulley Muntari and Michael Essien.

Sulley Muntari according to his agent has come to an agreement with AC Milan not to feature in games for the club until the end of the current season as he is not in the plans for the Italian club for next season.

He was left out of the squad for that travelled to play Palermo as was his international team mate Michael Essien who also could not make the cut for the starting XI and substitute bench.

AC Milan took the lead in the first half via Alessio Cerci but Palermo equalized from the penalty spot in the second half to put the game at 1-1 with 18 minutes to the end.

Jeremy Menez scored the winner seven minutes to the end of regular time to hand AC Milan all three points on the road.

JUST IN: Mahama lawyers file another motion to compel EC to ...
9 minutes ago

I'm not ready to resign, your agenda to bring me down won't ...
59 minutes ago