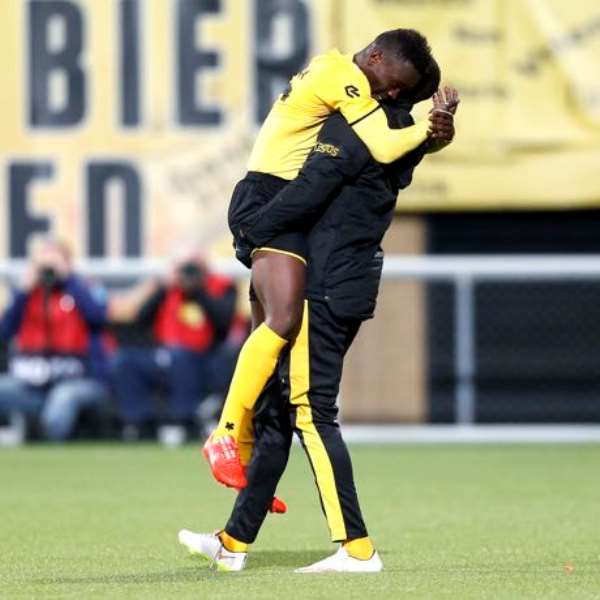 Ghana U23 invitee Raymond Gyasi got on the score-sheet for Roda JC when they posted a 3-0 win over Achilles '29  in the Dutch second-tier league on Friday evening.

The 20-year-old who is on loan from Eredivisie side AZ Alkmaar scored his first goal for the club by netting the third goal with a 74th minute strike.

Playing his eighth game since joining Roda on loan, Raymond was seeking to enhance his personal performance and also help the club also win to keep the pressure on second-placed FC Eindhoven.

After having a hand in the Roda second goal scored by Danny Schreurs, the moment arrived for Raymond to add his name to the score-sheet as he brilliantly skipped a defender on the right to send home an intelligent curler.

Raymond's brother Edwin Gyasi was unused in the game by Roda as he warmed the bench for the entire duration of the game at the Parkstad Limburg Stadion before 10,000 home fans at Kerkrade.

Raymond has been included in the Ghana U20 squad to face Mozambique in the All African Games qualifiers but holds a Dutch passport.