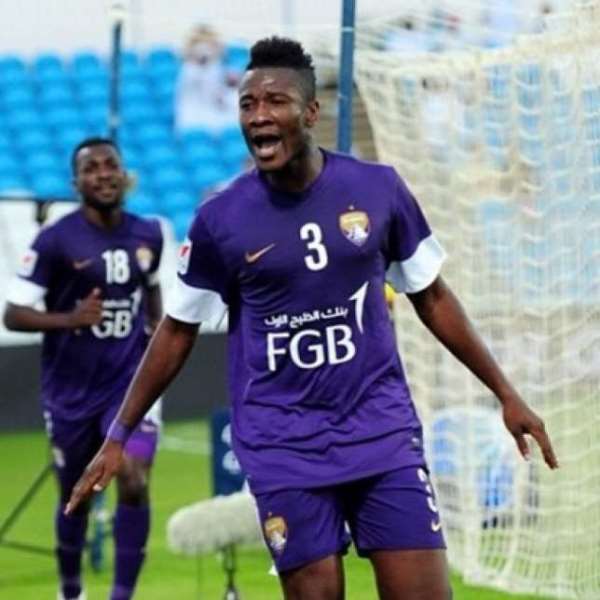 The Ghana international was given a rest from the senior national team during the international break as the striker was not fully recovered from an injury sustained on club duty.

Gyan however returned to the squad for his Al Ain club in their home game against Al Ahli. The Black Stars captain was assisted by Omar Abdulrahman as Gyan scored the only goal of the game in the first additional minute of the opening half to give his side a 1-0 victory.

The goal was Gyan's 12 of the ongoing season.
Al Ain currently top the Arabian Gulf league with 49 points, seven clear of second placed Al Jazira having played a game more.