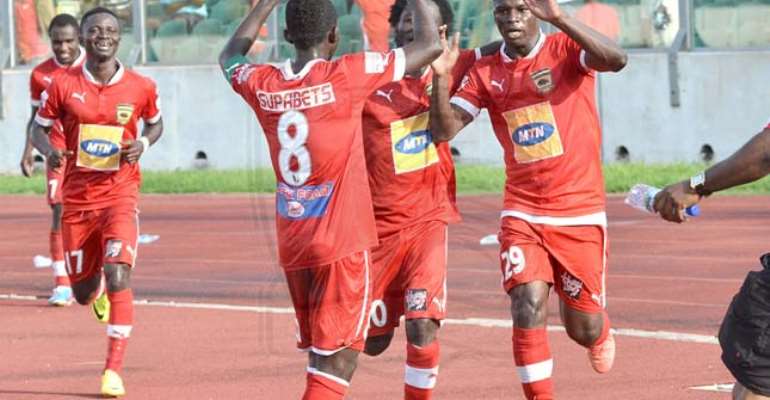 Ahmed Toure scored the only goal for Kotoko

A lone strike by Ahmed Toure was enough to hand Asante Kotoko a crucial 1-0 win over a spirited Liberty Professionals on Sunday at the Baba Yara Stadium.

The Ivorian striker scored after just three minutes to hand the champions the lead before an impressive crowd in Kumasi.

Coach David Duncan's side however failed to build on the early momentum as the visitors went ahead to boss the game but were unlucky not to have drawn even.

Kotoko almost scored an undeserved second a minute to recess but Obed Owusu's header at close range rose agonizingly above the crossbar.

The hosts started the second half the same manner as they did in the first – laying siege around the Liberty penalty area – but with no joy.

Liberty managed to weather the early storm to once again take charge of the game.

Toure almost scored a brace against the run of play but his ferociously hit long ranger in the 68th minute was parried away for a corner kick.

Liberty responded four minutes later with a fine chance of their own but the opportunity was wasted.

Substitute Latif Blessing in particular was instrumental for Liberty as they go in serious search of a late equalizer.

But Kotoko warded off the persistent attacks to clinch a vital point in the end.