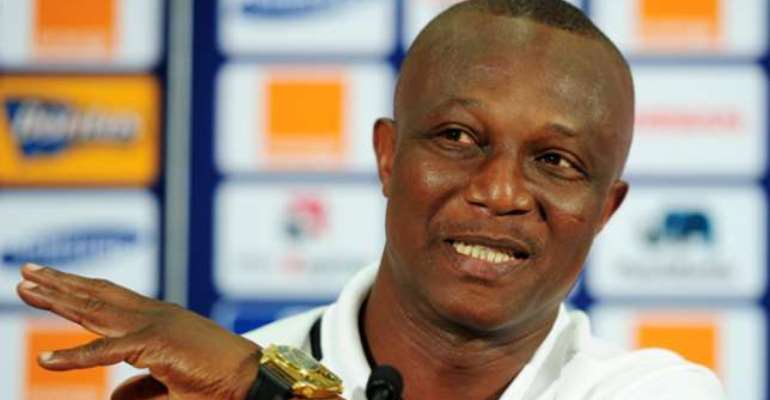 James Kwesi Appiah was named as the assistant coach of the Ghana senior men's national football team then coached by Claude Le Roy.

Appiah revealed that his role primarily was to be a "student" to learn from the experienced Frenchman.

"I will be assisting LeRoy but I see myself more as a student on a learning curve,"

"He has vast experience of football so I am in a privileged position to be able to learn from him."

"The next step after a good playing career I believe is to be a coach. I have taken several coaching courses since I stopped playing so I am delighted to have the opportunity to use it at the national level."

Kwesi Appiah would later work under Milovan Rajevac and Goran Stevanovic both Serbian, before he was named the head coach of the Black Stars in 2012.

The former Kotoko skipper made history by becoming the first indigenous coach to qualify Ghana to the FIFA World Cup in 2014.

Appiah was sacked in 2012 as Black Stars coach and is now coaching Al Khartoum of Sudan.

The 54-year-old had his first stint with the technical team of the Black Stars in 2001, when Jones Attoquayefio named him as his assistant.