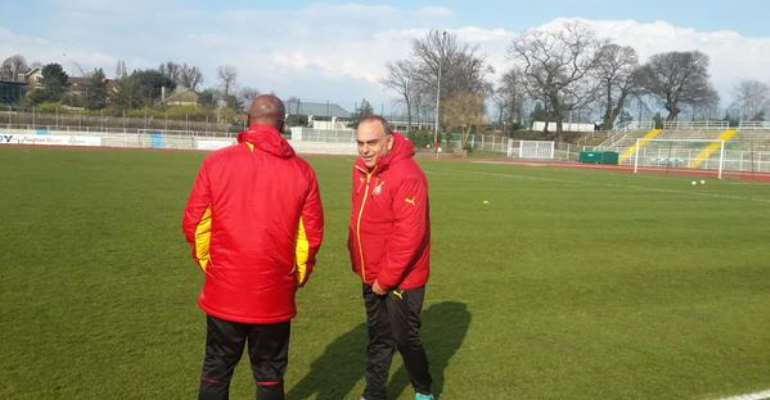 By Rahman Osman
Follow on twitter @iamrahmanosman
Experienced Ghana goalkeeper Fatau Dauda is impressed with the level of competitive edge shown by Black Stars players in camp and credits Avram Grant for the team's resurgence.

The team recovered from a disappointing world cup campaign in Brazil to finish second in the Africa cup of nations in Equatorial Guinea.

The Stars performance was even more impressive given the low expectations within the Ghanaian populace ahead of the competition.

Dauda who is a senior member of the squad says he is impressed with the sudden impact Grant has had on the team.

“Grant is a world class coach who has instantly brought the best out of us,” Dauda told Ghanasoccernet.com

“He has been very impressive and we all are getting behind him to do something for this nation.

“Since we arrived in France you can see the seriousness within our preparations.”