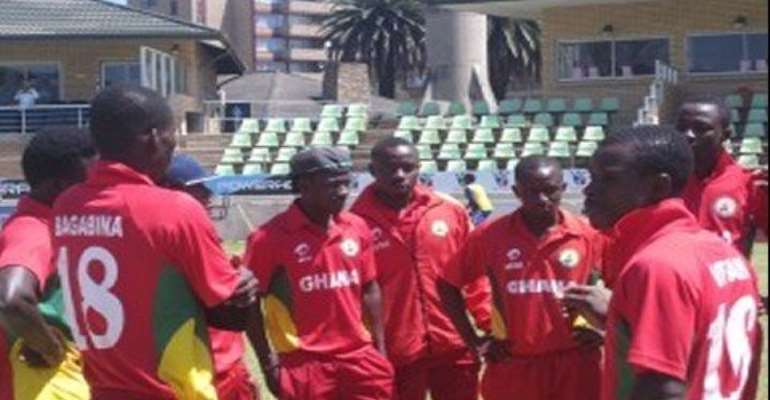 Professor William Ampofo who was voted unopposed takes over from Zulfikar Rehemtulla of Tanzania during the 17th African Cricket Association Annual General Meeting held in Johannesburg on 21st March 2015.

Mr Kwesi Sagoe of Nigeria was retained as the chairman of the Africa Cricket Association (ACA).

Meanwhile, the national senior cricket team clinched victory over Eastern's Cricket Academy in their trail match ahead of their T2O Africa Division 1 opening game with Namibia.

Eastern's Academy who won the toss elected to bat in the first innings leaving no option for team Ghana to field. With a top bowling approach from team Ghana's, the bowling prowess of Godfred Bakiweyem ,David Ankrah ,Vincent Ateak ,Obed Harvey ,Isaac Aboagye and Kofi Bagabena restricted the high fancied Eastern to a score of 121 runs for 9 wickets in 20 overs of the first innings.

The second innings saw Team Ghana's opening batsmen James Vifah and Simon Ateak taking the the game to the Easterns from the first over. Their spirited performances put pressure on the Eastern bowlers and were punished by James Vifah who made 73 runs at the end of the innings.

The game was wrapped up in 19.1 overs with 5 balls to spare.  Team Ghana made 125 runs with the loss of 2 wickets. Ghana won the game by 8 wickets.