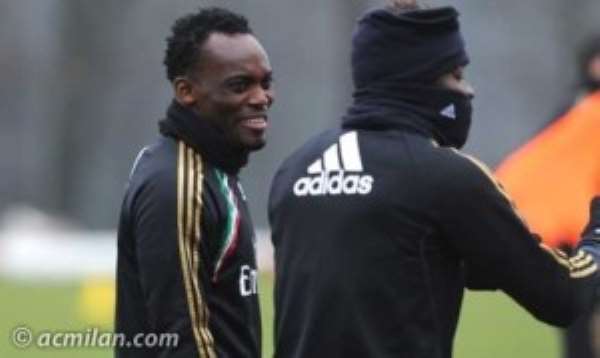 The Ghanaian internationals who have struggled in recent times played a part as Milan strolled to the big win at the Mapei Stadium.

Ex-Liverpool man Suso scored a sensational brace as the Rossoneri thumped the lower division side.

Essien has made only seven starts this season and a further six  from the bench while Muntari, 30, has made only 16 appearances so far.