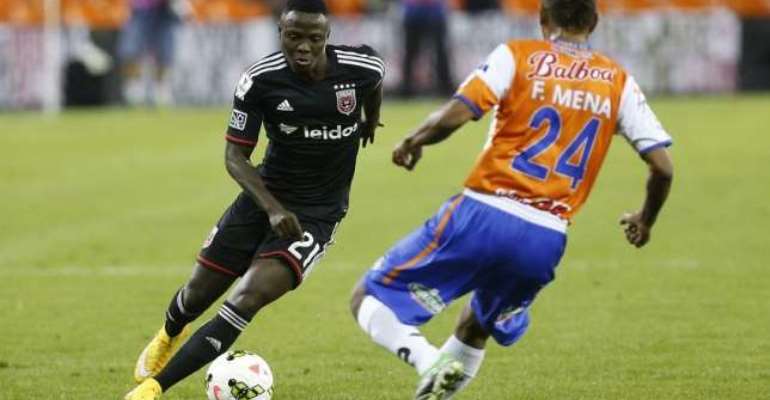 Samuel Inkoom says he is eager to sort out his future after failing to come to terms with Houston Dynamo of the MLS.

The right back's career has been truncated over the past 2 years after a dispute with then  Dnipro coach Juande Ramos saw him shipped on loan to several clubs including Bastia of France and Platanias in Greece.

'I'm in talks with my agent and soon my fans will get to know where I will play. There are so many things that I have gone through. But I'm a strong character and will pull through it.I know people are asking what is next. But it won't be too long. I am equally eager to sort out my future he told Ghanasoccernet.

Inkoom has played for the national team of Ghana at the World Cup in 2010 and was a part of the team during 2014 Brazil.