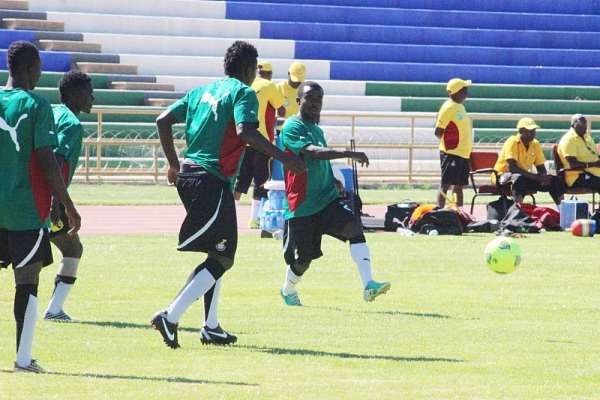 Ghana's home-based national team struck at the death to beat Namibia 1-0 at the Baba Yara Stadium on Wednesday afternoon in an international friendly.

Berekum Chelsea striker Stephen Baffour climbed off the bench to score late on for the local Black Stars who were second best on the day.

It was goalmouth melee and the opportunistic striker trapped the ball before firing home for the winner.

Namibia looked organized but could not break down the Ghana team which started camping only on Monday.

Head coach Maxwell Konadu, who lead a select band of players to win silver at the last CHAN tournament in South Africa, is testing his side for their 2016 qualifiers.