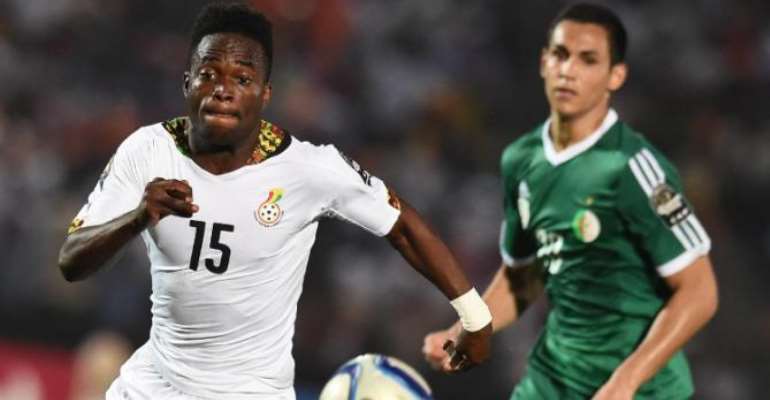 Striker Mahatama Otoo could be ruled out of this month's friendlies with Senegal and Mali after picking up an injury, GHANAsoccernet.com can exclusively reveal.

The 23-year-old suffered a thigh strain in Sogndal's 3-0 defeat to Brann in a club friendly last Friday.

Otoo who was named in Ghana's squad for friendlies against Senegal and Mali will undergo scans on Wednesday to ascertain the severity of his injury.

This means the former Hearts of Oak captain could be ruled out of the friendlies to be played in France if results of the scan shows his injury is serious.

It will be a major blow for the young striker who was hoping to get precious game time in the friendlies to show his qualities to coach Avram Grant especially in the absence of prolific striker Asamoah Gyan.

Otoo was part of Ghana's squad that won silver at the 2015 Africa Cup of Nations but played just a few minutes of the Black Stars' entire campaign in Equatorial Guinea.

He has been linked with a move away from Sogndal who will now be playing in the second tier in Norway following their demotion last term.