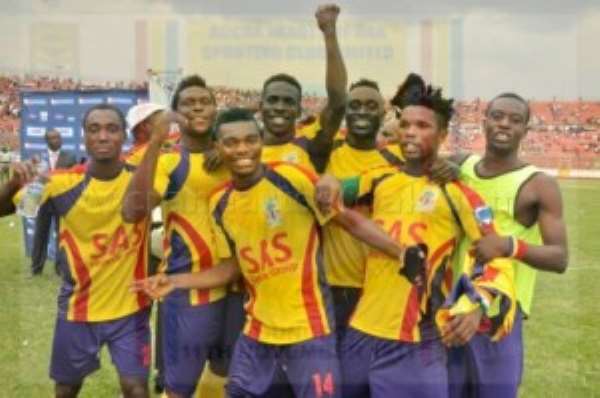 The fixture was originally scheduled to take place in Dakar on April 4 but officials have moved the game to the Stade Caroline Faye after the venue was passed unfit to host the encounter.

The 30,000 seater stadium has poor floodlight facility, forcing the change of venue.

Ghana's Under-20 team played their group B games at the recently concluded African Youth Championship at the same venue.

Hearts take a slender 2-1 win into the second leg.