Elvis Manu: Ghanaian star rejects reports he could be joining either PSV or Ajax 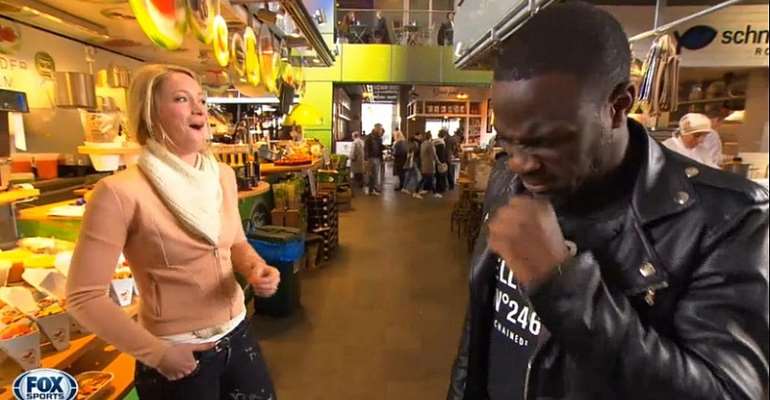 Dutch-born would-be Ghana star Elvis Manu has rejected reports he could be leaving Feyenoord to join either PSV Eindhoven or Ajax Amsterdam.

The 21-year-old is linked with a reported departure from Feyenoord as manager Fred Rutten is set to leave the club at the end of the season.

Rutten has inspired Manu's impressive form in the season and it is rumoured he will leave the club once the manager is set to leave.

But on a visit to Supermarket in Rotterdam, the attacker told journalist his future is at Feyenoord and he will not be joining PSV or Ajax as reported in the Dutch media.

Though he admits he used to be a fan of PSV Eindhoven.

“No I do not think so. I was like a little boy fan of PSV, in the time of Romario. But I come away from Rotterdam and then you quickly tend to Feyenoord. It is my club and always will remain,” he said.

Manu has scored nine (9) goals in all competitions for Feyenoord this season, including one in the Uefa Champions league, four in Europa League and four in the Eredivisie – Dutch top-flight.

Covid-19: Ghana not part of countries banned by Netherlands ...
47 minutes ago