Ignore false claims: 'I have no beef with Nyantakyi' - Boakye Yiadom 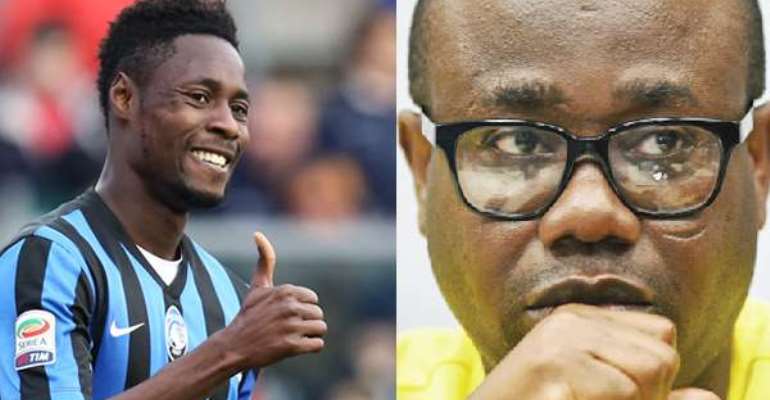 Richmond Boakye Yiadom has urged that a Facebook post alleging a rift between himself and Ghana Football Association (GFA) President, Kwesi Nyantakyi is false and must be ignored with no inhibition.

22 year old Boakye has not received a call to the national team in nearly two years despite making an instant impression by scoring on his Ghana debut back at the beginning of 2013 in a 3-0 pre-AFCON friendly.

He warmed the bench for all of Ghana's games at the tournament in South Africa but was handed starts in two 2014 World Cup qualifying wins in Sudan and Lesotho in June 2013, which have remained his last Ghana caps.

Many expected the Italy based striker to also enjoy new favour with the Black Stars after the assumption of the reigns by Israel tactician, Avram Grant.

But the call never came even as the national team lacked strikers in the run-up to January and February's Africa Cup of Nations in Equatorial.

Now playing for Atalanta in tough Serie A, Boakye Yiadom was still left out of the 22-man squad named by Coach Grant for this week's upcoming friendly games against Senegal and Mali in France.

It's a decision that prompted Richie Washington's bizarre post on social media full of wild allegations against the Ghana FA boss.