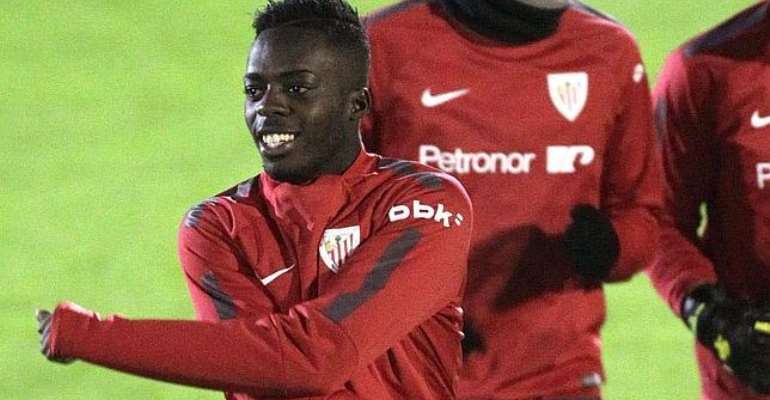 Inaki Williams has been called up into the Spanish U21 team

The Ghana FA say they will continue with their pursuit of striker Inaki Williams despite his call up by the Spanish U21 side.

Williams, born to a Ghanaian father and a Liberian mother in Spain is the latest Black Stars prospect following his impressive performance in La Liga for Athletico Bilbao.

The GFA had served notice of its intention to process his nationality switch to make him eligible to play for Black Stars at full international level with his current official nationality status being Spanish.

But the Ghanaian association suffered a massive setback in their pursuit with the youngster's call up to Spain's U21 team for friendlies against Norway and Belarus.

The GFA however say they will not renege on their chase of the talented youngster who still has a chance to play for Ghana even if he features for the Spanish U21 side.

“The sad news is that he [Inaki Williams] has been called up by the Spanish U21 team,” GFA Communications of Director Ibrahim Sannie Daara said.

“But all is not lost since he is yet to play for the senior team.

“We want him and have made contact with his club.
“We want to use means through his father and see if we can woo him to come and play for Ghana.

“He is not the only target but then there are many others. There is a policy by the GFA to court all good players of Ghanaian lineage outside to come and play for us.”

The GFA has succeeded in the recent pass in getting the likes of Emmanuel Frimpong, Kevin-Prince Boateng, Adam Kwarasey and Quincy Owusu Abeyie to play for the Black Stars despite having featured in youth teams of their European countries of birth.

The Ghanaian federation however failed to convince others like Mario Balotelli and Jerome Boateng to do same.