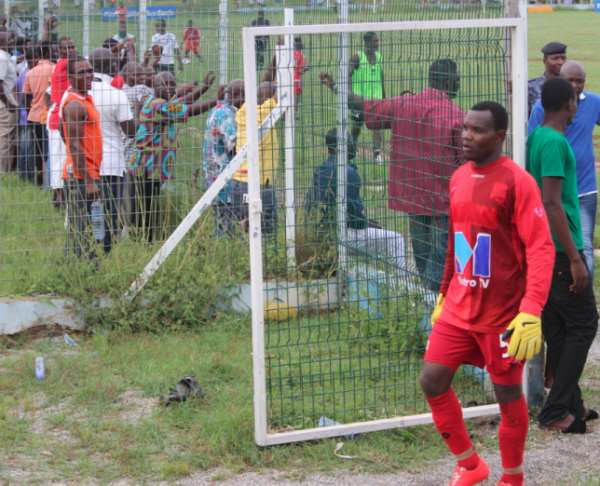 The former Black Stars goalkeeper stood tall as he thwared Liberty's attack on several occasions with a diving one handed parry in injury time the highlight of his performance.

Olympics' goal was scored by Frank Okine in the first half after Yaw Acheampong's team broke on a rare attack after being pounded  by the Scientific Soccer Lads.

Liberty coach George Lamptey was the subject of boos from the home fans who were unimpressed with the home team's inability to break down the resolute defence of Olympics.

Ibrahim Mahama is not drinking tea with Owusu Bempah; Ghc107...
29 minutes ago

Govt will not purchase covid-19 vaccines to kill people — Dr...
48 minutes ago