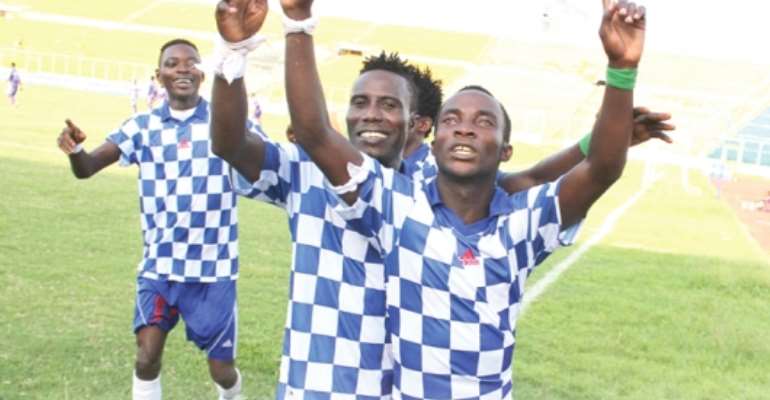 Ex-Ghana international Richard Kingson and Godwin Attram were in action for Great Olympics as they picked their first away win of the season after defeating Liberty Professionals at the Alhaji Sly Tetteh Park on Sunday.

Attacking midfielder Dotse Agbeshie claimed the maximum points for the Wonder Club midway through the first-half after beating his way through the host defence and firing home for the solitary goal.

Oly had former Asante Kotoko midfielder Godfred Asante in action for them as well as Kingson and Attram who have vast experienced from abroad. However former Ghana FIFA World Cup defender Dan Quaye was not in the team due to documentation.

It was an entertainment packed game in Dansoman – a suburb of Accra, as Kingson made thrilling saves to ensure there was no chance of Liberty pecking the scoring.

Attram used his experience to guide the side from midfielder as well as his incisive passes.