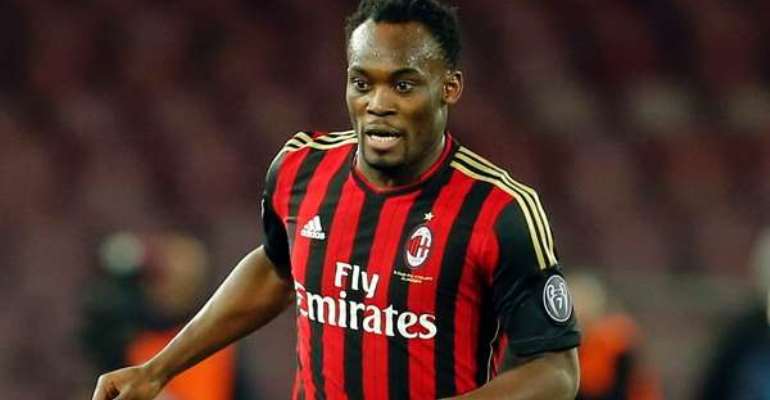 Michael Essien and Sulley Muntari were named on the bench for AC Milan in their Italian Serie A home game against Cagliari.

Essien managed to get two minutes of regular time as he came of the bench to replace Nigel Di Jong while Sulley Muntari missed out on Milan's victory.

Jeremy Menez scored the opener to take AC Milan into a 1-0 first half break.

Cagliari leveled the scoreline two minutes after the break but Phillippe Mexes quickly sent Milan 2-1 up to restore the lead.

Jeremy Menez completed his brace from the penalty spot to hand AC Milan a 3-1 home win.