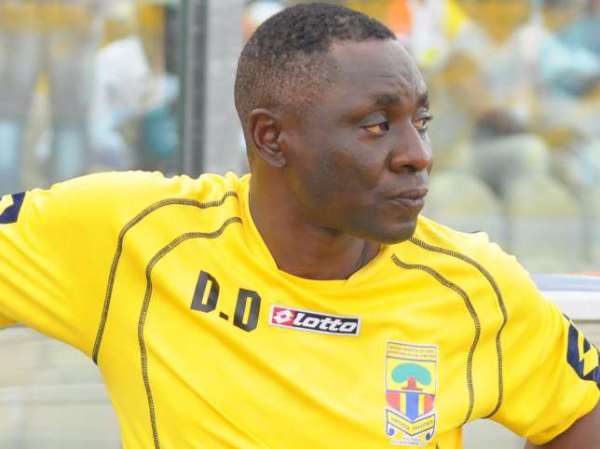 The First Capital Plus Premier League returns after a week's break with leaders Ashgold expected to tighten their grip on the top spot when they host Sekondi Hasaacas at the Len Clay Stadium at Obuasi in a tie that swings in favour of the Soccer Miners, who are unbeaten at home this season.

Mid-table Hasaacas have not been very impressive this season and will hope for a improve result at the mining town, following their 1-1 draw game against Accra Hearts of Oak at the Sekondi Stadium at Essipon.

However, the club's poor away record -- they have picked just one point out of a possible 15 -- when juxtaposed against Ashgold's home makes the task a very hurculean one for the Giants of the West.

On Sunday all eyes will be on Coach David Duncan as he faces his first test in charge of  Kumasi Asante Kotoko against Bechem United at the Bechem Park.

The Porcupine Warriors, who managed a goalless draw with Mouloudia Club d'El Eulma of Algeria in their CAF Champions League campaign in Algiers last weekend, have no choice but to climb up the league log where they are currently second from the bottom.

Kotoko have had issues both on and off the pitch and since the commencement of the season, including the unceremonious exit of their substantive coach Mas-Ud Dramani. But with the unveiling yesterday of Duncan, there are high hopes that stability will return to the club and translate into good results, beginning with victory on Sunday at the Bechem Park, which has become a slippery ground for many visiting teams.

Struggling Hearts of Oak will sort it out with bottom-of-the-table B.A. United at the Sunyani Coronation Park, while sixth-placed Liberty Professionals and Accra Great Olympics battle it out at the Carl Reindorf Park at Dansoman, Tarkwa-based Medeama SC will engage New Edubiase United at their favourite T and A Park, with Chelsea and Heart of Lions settling old scores at the Berekum Golden City Park.