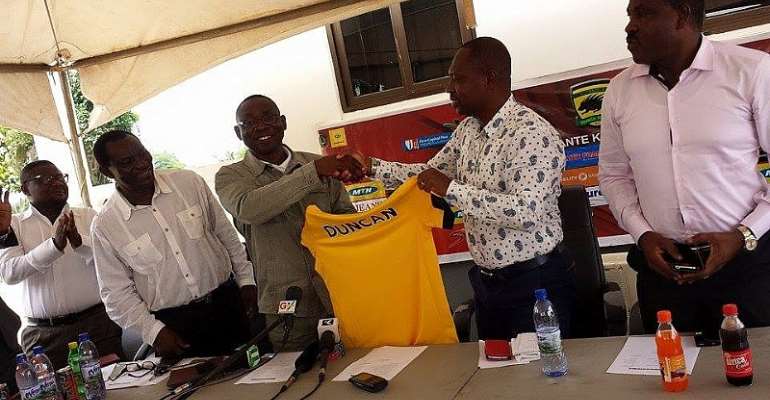 The 51-year-old was unveiled as the new coach of the Porcupine Warriors during the week as the substantive replacement for Mas-Ud Dramani.

Duncan will be returning to active coaching in close to two-years since his controversial dismissal from rivals Hearts of Oak.

The tough-talking trainer however says he is not only coming in with his coaching expertise but also to help the club seal corporate deals off the field of play.

“It will even become possible that I will use my links to secure sponsorship for the club,” Duncan disclosed at his unveiling.

“Due to my education and relationship, I will help secure the club more sponsors.”