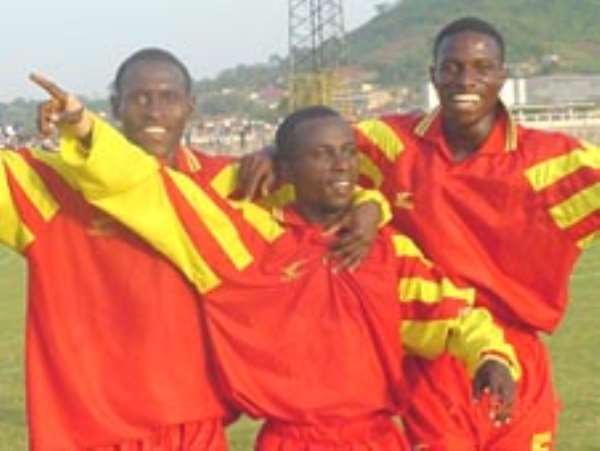 Top 4 clubs –Asante Kotoko, Hearts of Oak, King Faisal and Liberty Professionals – have a strong challenge to justify why they were seeded in the Ghalca Special Knockout as they face some tough one-eighth opponents.

However, the postponement of the Hearts-Ashantigold match following their Confederation Cup match against Santos in Accra on Saturday will still not take anything away from the anticipated excitement from the opening day matches tomorrow.The absence of that top liner readily shifts focus to the Kumasi duel between Kotoko and Bofoakwa.

This is one game the Porcupine Warriors could employ some leverage at their stronghold to win in order to gain a huge first leg advantage.Even in the absence of five key players – Charles Taylor, Yusif Chibsah, William Tiero, George Owu and Mohammed Alhassan – Kotoko still look solid as they displayed against the Hawks of Togo in an international friendly at the Accra Stadium which they won 3-1.

If there is one player the Sunyani lads will have to keep a close eye on to avoid any disaster, then it must be the new kid on the block, Elvis Opoku, who was in a flashy form last Sunday. Before the Special League went on break, Bofoakwa exhibited good form to send a message across to other opponents not to underrate them.

And as they clash with Kotoko in Kumasi tomorrow, the homesters should better avoid complacency and face their opponents squarely to save themselves from any shock. At least a repeat of that excellent form against the Togolese national team can secure them the three points in this first leg tie.

King Faisal, who are currently on cloud nine after completing the double over Hearts to lift the GOC Cup last Sunday, storm the Sekondi Gyandu Park to attempt to break the home invincibility of Hasaacas.Fortunately for the “Giants of the West”, they have found a good substitute for Coach David Duncan in Tony Allotey, who undertakes his first major assignment with his former club tomorrow.

Liberty Professionals who bowed out painfully from the Confederation Cup over a week ago, will have a tall order trying to break the back of Arsenals at their Berekum fortress.RTU, who have been compensated to play at Bolga, are tipped to make mince meat of stubborn Heart of Lions while Coach Afranie's B. A. United will override Real Sportive in their encounter at Sunyani.

At the Cape Coast Siwdu Park, it will be a battle for supremacy or vengeance as Great Olympics emerge from their hideout to battle Feyenoord Academy in an interesting duel. In their second week league match, Feyenoord snatched a late goal through Borketey Bortey to ensure a shocking 1-0 victory over the Wonder Club at the Accra Stadium.

At the Accra Stadium on Thursday, in-form Power FC play host to Okwawu United in a game which favours the electricity lads.