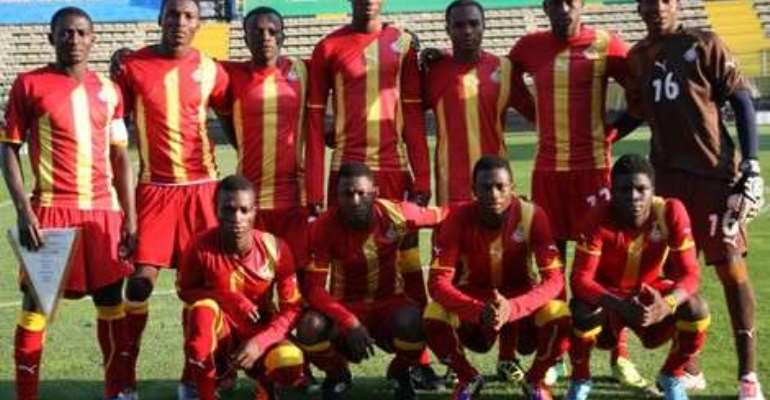 The Black Satellites of Ghana (U20) on Friday left the shores of Accra to Turkey for preparation ahead of the African Youth Championship which will officially kick start on the 8th March, 2015 in Senegal.

The 2009 World champions will camp in Turkey for only 14 days before flying out to Dakar, 24 players got selected as the squad will be pruned down to 21.

Three foreign players were named in the 24 man provisional squad (Evans Osei, Paul Quaye and Clifford Aboagye), the rest of the players are locally based with notable names like Owusu Bempah of Hearts of Oak, Emmanuel Asante from Kotoko and Assiedu Attobrah of New Edubiase are all in there.

Below are the provisional 24 players selected for the pre tournament camping in Turkey: