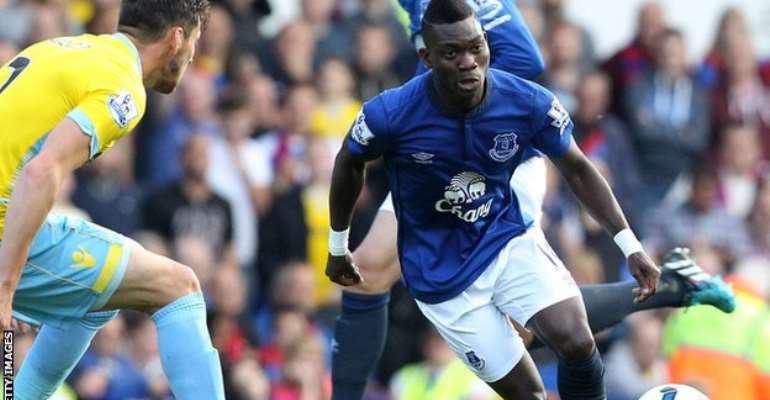 Ghana's 2015 Africa Cup of Nations star Christian Atsu is in Switzerland with Everton ahead of their Europa League clash against Young Boys on Thursday night.

The 23-year-old is fresh from excelling heavily for the Africans during the continental showpiece in Equatorial Guinea.

The winger is joined in the 20-man squad by young striker Courtney Duffus, along with Russell Griffiths, Tyias Browning and Luke Garbutt.

Everton take on Young Boys in their round of 32 first leg tie at the Stade de Suisse tonight (kick-off 6pm).

Roberto Martinez's side will trained on the artificial surface at the stadium when they arrived in Bern.