My accomplishment speaks for itself- Dramani 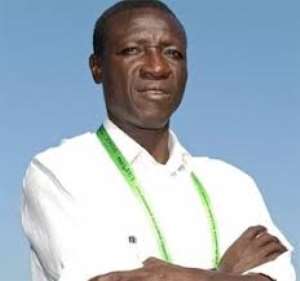 Accra, Feb. 17, GNA - Mas-ud Didi Dramani has touted his accomplishments with Asante Kotoko, barely 24-hours after the club parted company with him.

Dramani was asked to proceed on leave on Monday, in what is expected to be the end of his tenure after almost three years at the helm.

According to a communique from the coach to the club chanced upon by GNA Sports, Dramani said "My accomplishments with the club over the two years I was incharge speaks for itself.

The coach who won the Premier League at first attempt with Kotoko, said     in the letter that "Your letter dated February 16, 2015, asking me to embark on my accumulated leave of 120 days conforms to the mutual agreement I asked for, indicating all my entitlement would be fulfilled."

Dramani said 'I will want to use this opportunity to thank Kumasi Asante Kotoko Sporting Club for providing me the platform to showcase my capabilities as a coach.

"I wish the club, my players, the new coach and all who made it possible for us to achieve success the very best of luck going forward."

The coach has lived under pressure the last few weeks following Kotoko's poor start to the Premier League that has seen them win two matches of seven and occupying outside the top nine on the log.

Dramani's contract was due to expire in August.
GNA