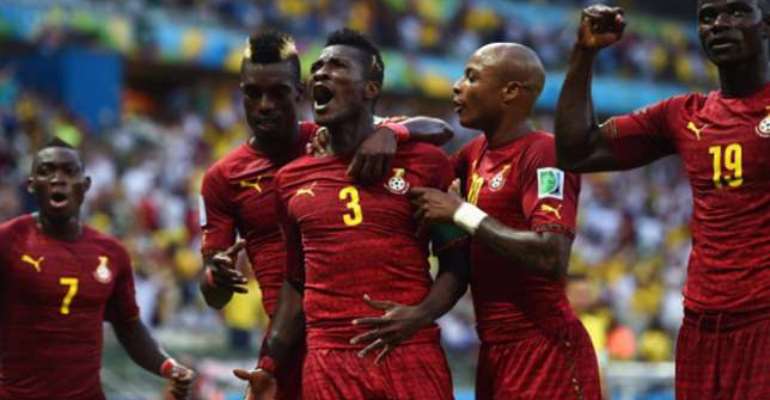 On 18th February, 2012, Asamoah Gyan announced his retirement from international football, after he failed to score from the spot-kick in Black Stars' 0-1 loss to Zambia in the 2012 Africa Cup of Nations semi finls.

The striker's failure to score from the spot echoed the World Cup quarter-final in 2010, when he hit the cross-bar with a penalty in the final moments of extra-time.

Had he scored, Ghana would have certainly gone through to the semis. Instead they lost the subsequent shoot-out to Uruguay.

He was therefore heavily criticized by Ghanaians, for breaking their hearts in crucial times.

A letter sent by the striker to the Ghana Football Association reads "My decision had the full backing of family and friends,"

Gyan at that time had scored 28 goals in 59 appearances for the Black Stars and made history when he became the first ever Ghanaian to score at a FIFA World Cup goal in Ghana's 2-0 win over Czech Republic.

In 2008, Gyan and his brother Baffour left the national team camp during the Africa Cup of Nations on home soil following similar backlash from media and fans.

Gyan now 29-year-old called off his retirement in late 2012 and was subsiquently named as the skipper of the Black Stars.

He continued his goalscoring form form for nation and is now Ghna's all-time top scorer with 46 goals.

The Al Ain striker, during the 2014 FIFA World Cup break Roger Milla's long standing record as Afriica's all-time top scorer in the history of the mundial with six goals.

Asamioah was also the skipper of the Ghana team that lost on penalties to Ivory Coast in the final of the 2015 AFCON, held in Equatorial Guinea..

“Ballots without Bullets” Campaign out doored to intensify p...
22 minutes ago