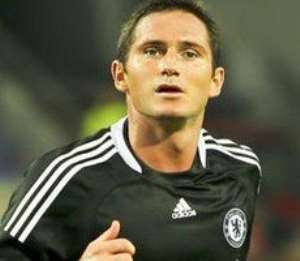 Frank Lampard believes Yaya Toure and Wilfried Bony can provide Manchester City with a huge lift over the rest of the season.

The Ivory Coast duo of Yaya Toure and Wilfried Bony will both be in the Manchester City squad this weekend, and Frank Lampard believes the club can only benefit from their presence.

Toure and Bony have been away on Africa Cup of Nations duty with their country, returning triumphant after an epic penalty shootout win over Ghana in the final.

Bony has yet to feature for the club since signing from Swansea City in January, while Toure has not played since the FA Cup third-round win over Sheffield Wednesday.

Manchester City have won just one of their six matches in all competitions since then, falling seven points behind leaders Chelsea in the Premier League title race, but Lampard is optimistic when assessing the impact Toure and Bony could have.

"He [Toure] is a massive player for the club," said Lampard. "I could see that from afar when I was at Chelsea.

"You want him back in and hopefully that will give us a boost as a squad.

"Of course you miss a player like Yaya with his talent and his ability, and we've had a time where we lost quite a few games.

"Alongside Yaya coming back, we've got Bony arriving. We've seen what he's been doing at Swansea and he'll be a fantastic signing for the club

"There's an air of confidence about him and he'll add to the squad."