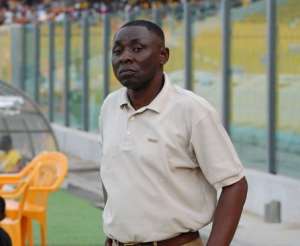 Officially, the Red Army have not come out to say whether or not they are abrogating their contract with coach Didi, who has some years remaining on his contract.

Also, Coach Duncan has denied speculations about his move to the Garden City of Kumasi, although he admitted the rumour.

Kotoko faithful and management have put constant pressure on Coach Didi Dramani, a former national female U-17 coach, to step aside due to his below average performance in the ongoing First Capital Plus Premier League lately.

So far, coach Didi has led the defending champions to record just eight from 21 points, with the team lying 10th on the league log.

Insiders have attributed the imminent sacking of the coach to the accumulation of avoidable errors, notable among which is the team's shocking early exit from last year's Champions League at the hands of Algeria's JSM Bejaia.

Since taking over from Maxwell Konadu, Didi Dramani has succeeded in winning two league titles in succession, but his not-too impressive champions League record places him in the club's bad books.

Coach Duncan on the other hand, after stints with Sekondi Hasaacas, Great Olympics, Ashgold, Free State Stars of South Africa, and Hearts of Oak, is expected to bring his experience to bear on the Porcupine Warriors, who are bent on making an impact in Africa this year.

But his possible engagement has stoked controversy, having once (when he was with Hearts) declared that Kotoko have always been the pampered child among all Ghanaian clubs with their players getting national team call-ups.

Free SHS Graduates Gather To Campaign For NPP
24 minutes ago