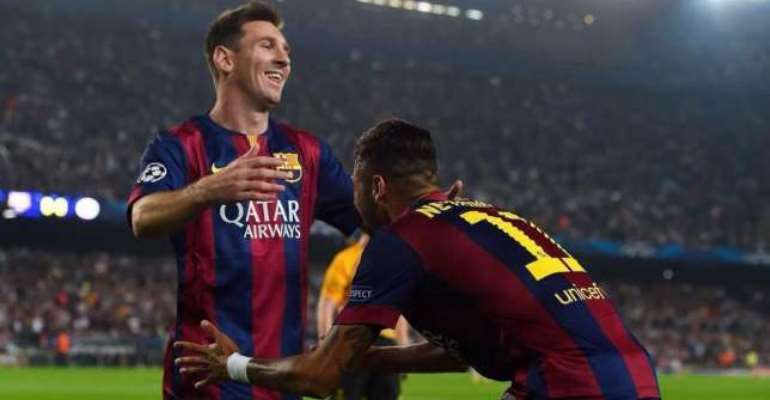 Lionel Messi's 23rd La Liga hat-trick has helped Barcelona cruise to a 5-0 win against Levante in this afternoon's clash at the Nou Camp.

The hosts were quickest off the starting blocks and threatened in the second minute when Pedro charged down the right wing towards goal, but his subsequent shot didn't trouble goalkeeper Diego Marino.

Levante managed to break moments later but saw David Barral clear the crossbar, and following the half-chance, Barca were able to storm down the pitch again, with Messi curling wide from Neymar's layoff.

Barca did eventually take the lead just after the quarter-hour mark when Neymar's sloppy connection from a Messi cross looped over Marino and into the net.

Seven minutes before the break, Luis Enrique's charges doubled their lead courtesy of Messi, who collected Marc Bartra's pass and bore down on goal before drilling home.

On the hour, Sergio Busquets chipped a ball over the Levante defence for Pedro to turn into Messi's path for a straightforward finish.

Four minutes later, a coming together between Ivan Lopez and Neymar in the box saw the referee point to the spot, and the Argentine prodigy promptly stepped up and fired the ball into the bottom-right corner.

Luis Suarez then came on for Neymar in the 67th minute, and the Uruguayan striker made his mark on the game in spectacular fashion soon after.

From Adriano's cross, Suarez jumped up and lashed an overhead scissor kick into the net past a stationary Marino for his side's fifth goal of the afternoon.

With just four minutes left in the game, Messi attempted to notch up his fourth, but his dipping volley from 25 yards was kept out by the Levante stopper.

The result puts Barcelona just one point behind Real Madrid in La Liga, while Levante remain in the bottom three.

Ethiopia says army in control of Tigray capital as more rock...
39 minutes ago